According to an article published by the National Drinking Water Clearinghouse organization, in the community of Lake Peekskill, New York, 200 residents were caught stealing water from the neighborhood. Estimated costs were of $450,000 that the law-abiding homes were carrying (incurring) in property taxes. In Mystic, Iowa, a water thief “bypassed the outside meter and hydrants to supply water to two houses he owned”. In Medford, Oregon, locals caught in water theft claimed “they didn’t know it was theirs” (a common occurrence), and in Bozeman, Montana, “illegal water use…is widespread and hurting farmers downstream who own water rights and depend on water for irrigation.” 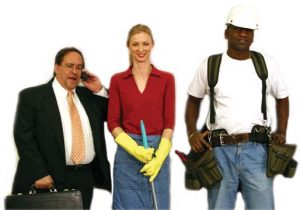 While this may come as a shock to some, it isn’t that implausible, as water theft perpetrators are very difficult to be proven guilty, even when suspected and investigated. Additionally, as it happens, it isn’t the poor that mainly steal, but rather the middle to upper middle class; namely those that are always trying “to find a way around paying for the water [bill]”. Furthermore, sometimes people feel entitled to water on or surrounding their property, and this sentiment doesn’t help.

Hydra-Secure is aware of this problem, and has come up with a simple and cost-effective solution to be prepared and protect one’s property, specifically for the common Woodford Y34 Yard Hydrant: The Hydra-Secure Locking Collar.

The lesson is that, whether it’s tampering with meters, stealing water from ponds, or breaking water hydrants, it’s better to be safe than sorry. Read more at: http://www.nesc.wvu.edu/ndwc/articles/ot/wi04/stealing.html (Where even a town mayor was caught tampering with meters and hydrants!)

Choosing the Right Outdoor Water Spigot for Your Needs

Getting Smart About Water Theft